An award-winning, America based solar inverter manufacturer, SolarEdge has installed systems in over 133 countries around the world, with 22.4 GW systems shipped worldwide. Their inverters are renowned for their intelligent solutions, which have revolutionised the way that power is harvested and managed within solar photovoltaic systems.

SolarEdge’s DC optimized inverter system maximizes solar energy generation, and their systems enjoy some of the highest levels of efficiency in the market today. It’s no wonder then that their inverters have earned a number of awards, including the prestigious 2016 intersolar award, and the renowned Edison award.

Their inverters produce more energy and provide a faster return on investment when compared to other inverters. Not only that, but they also offer unique systems that few other manufacturers have available, including the all-in-one EV charging inverter, which lets you manage your homes solar and charge your electric car with the same unit. 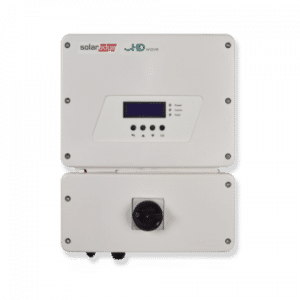 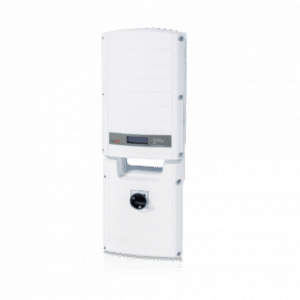 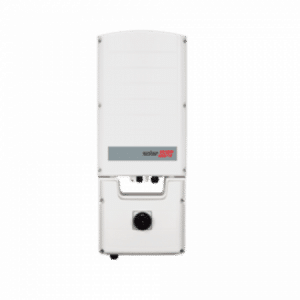 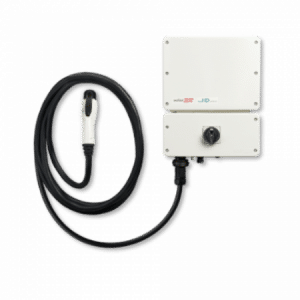 SolarEdge inverters innovate on what we expect from solar inverters and have helped in redefining the standard an inverter should meet several times over. For example, rather than use the electrolytic capacitors, their inverters instead use thin-film capacitors, which work to significantly increase the inverters reliability levels.

They also feature integrated DC safety units, which eliminates the need for external DC isolators, reducing the number of extraneous devices and wiring involved in a solar energy installation.

Doubling down on increasing reliability and efficiency, SolarEdge endlessly strives to break new ground in the industry. For example, the record-breaking SolarEdge HD wave enjoys efficiency levels as high as 99.9%, providing users more bang for their buck and more power for their home.

Despite those impressive levels of efficiency, SolarEdge inverters are hardly big, bulky devices. No, they are some of the smallest and lightest inverters available, making installation simple, and ensuring they do not take up much space in the home.

All of SolarEdges inverters are very intelligent systems all on their own, and some come with built-in smart meters designed to work alongside power optimisers. All these systems work to further improve your system’s output and your ability to monitor and control it.

But this can be taken a step further with SolarEdges free monitoring platform, which is available for any smartphone device. This allows homeowners to monitor the power output of their solar power system, and alter their power usage in order to make the most of it, without even needing to be at home.

Top all of this off with an optional wi-fi card, and compatibility with various other fantastic solar PV system additions, such as the LG Chem Resu battery range, and you have a fantastic range of intelligent, powerful, efficient and reliable inverters, perfect for any home.

Interested? Read on to learn more about these fantastic inverters.

Have Questions? We are Here to Help You!

MEG is among the world’s leading renewable energy solutions provider.